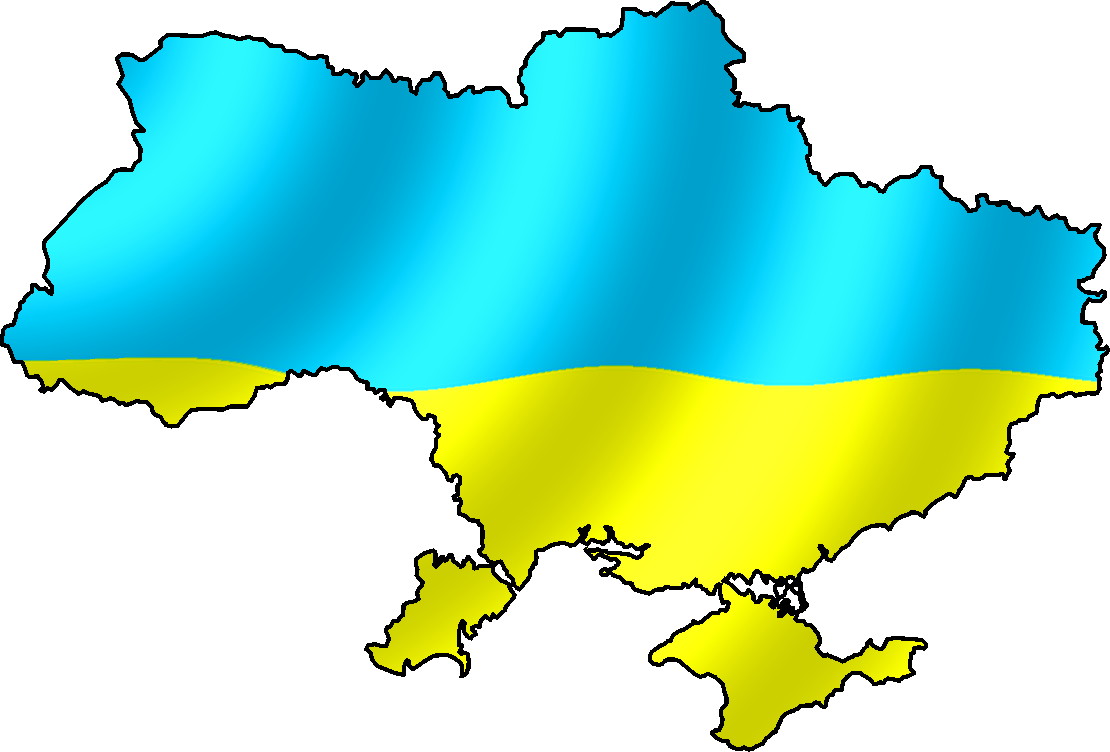 Ukrainian is the official state language; it is a language of the East Slavic subgroup of the Slavic languages. The language shares some vocabulary with the languages of the neighboring Slavic nations, most notably with Belorussian, Polish, Russian and Slovak.

The Ukrainian language traces its origins to the Old East Slavic language of early medieval state of Kievan Rus'. In its earlier stages it was called Ruthenian. The language has persisted despite several periods of bans and/or discouragement throughout centuries as it has always nevertheless maintained a sufficient base among the people of Ukraine, its folklore songs, itinerant musicians, and prominent authors.

Ukrainian language is spoken by over 40 million people from Ukraine to Moldova, Hungary, Serbia, Poland, Romania, Croatia, Slovakia, Bosnia and Herzegovina, the Czech Republic and others.

1. If not considering Russia, Ukraine is the largest country in Europe, with land borders including Russia, Romania, Moldova, Hungary, Slovakia, Poland and Belarus.  Connecting with the Black Sea is Bulgaria, Turkey and Georgia.  There are 46 million people in Ukraine, with sizable minorities of Russians, Belarusians and Romanians.   Ukraine regained its independence in 1991.

2. The name Ukraine is believed to come from the Slavic term ukraina, meaning "border region” or "frontier” but also "home land” or "our country”, with the difference depending on the perspective of whom is telling it, with outsiders preferring the former and native Ukrainians the latter.

4. The currency used is the Ukrainian Hryvnia, (UAH).

- Ukrainian businesspeople are generally less formal than in many other countries.
- Shake hands with everyone upon arriving and leaving.
- Handshakes are quite firm.
- Maintain eye contact during the greeting.
- It is common to repeat your name while shaking hands.
- Academic and professional titles are commonly used with the surname.
- If someone does not have an academic or professional title, use the honorific "Pan" for a man and "Pani" for a woman with the surname.
- Most business colleagues refer to each other by first name and patronymic. (Middle name which is a version of the father’s first name formed by adding "-vich" or "-ovich" for a male and "-avna", "-ovna", or "ivna" for a female.)
- When using someone's complete name, including the patronymic, the honorific title is not used.
- The way someone is addressed often depends upon the situation. Titles and surnames are used in meetings and may give way to first names or diminutives in social situations.
- Business cards are exchanged without ritual.
- Have one side of your business card translated into Ukrainian.
- Include advanced university degrees on your business card.
- Present your card so the Ukrainian side faces the recipient.
- If someone does not have a business card, note the information in your appointment book or portfolio.